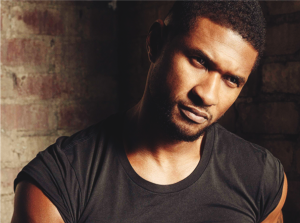 Usher has been ranked by the Recording Industry Assn. of America as one of the best-selling artists in American music history, having sold over 65 million albums worldwide. He has won numerous awards including 8 Grammy Awards and was named Billboard’s #1 Hot 100 artist of the 2000s decade. Founded in 1999, Usher’s New Look Foundation empowers youth from impoverished communities to become leaders. In recognition of his accomplishments, Usher has been honored by the Boys & Girls Clubs of America, the Trumpet Foundation, Do Something, the NAACP, and as the 2010 Ford Freedom Award Scholar. Usher is currently recording his much anticipated 8th studio album which is set for release this year. This fall he released Chains, a powerful song and interactive experience that brings attention to the victims of police brutality and the social injustices of our time. Recently, he has extended his social activism by working with various organizations such as Art for Amnesty and The American Justice Summit.