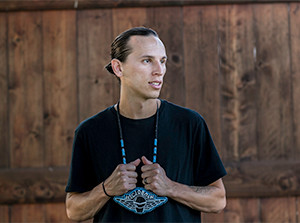 Mic Jordan is a hip-hop artist who is an enrolled member of the Turtle Mountain Band of Ojibwe Tribe in Belcourt, ND, where music heavily influenced his childhood. In addition to his own musical endeavors, Mic also leads workshops for young people and is a sought-after speaker, having delivered the keynote address at the University of South Dakota Building Bridges Conference, the First Nations Mental Health & Youth Wellness Conference in Canada, and many others. Mic has served as a TedX speaker and was named 2016 North Dakota Hip Hop Artist of the year. He speaks directly to youth about the issues of alcoholism, and suicide. He shares his life story and how he overcame adversity with the power of music. As a musician, Mic Jordan indigenizes hip-hop, bending the genre to tell his story in an honest way that reflects the positive values of his traditional culture.

“Growing up on the reservation, I’ve encountered the same challenges as our Native youth face today. As someone who has been saved by the arts, I have made it my mission to travel all across Indian Country to save other struggling kids through self-expression and I do all of that with hip-hop. Becoming a Turnaround Artist and working for the President’s Committee itself is showing all the kids that I’ve worked with over the years that all is possible.” 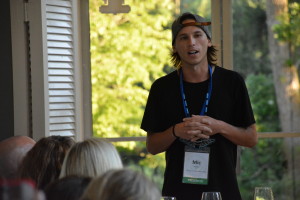