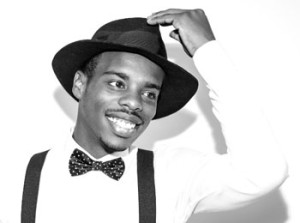 Charles “Lil Buck” Riley, was born May 25, 1988, in Chicago, IL. At an early age, his family moved to Memphis, TN, where he spent the majority of his youth and adolescence. While growing up in Memphis, Buck was introduced to an urban street dance style called “Memphis Jookin.” Always loving to dance, Charles became a great local dancer, being involved in groups such as “Subculture Royalty,” “Heal the Hood,” and also studied at “New Ballet Ensemble.” Like a lot of dancers in the internet era, Buck was seen on YouTube and shortly after was in L.A. where he saw the possibilities of the industry. After surpassing all that Memphis could offer, Lil Buck moved to Los Angeles at age 19 to pursue a full-time career in dance.

In 2011 Damian Woetzel met Lil Buck and paired him with famous Cellist Yo-Yo Ma in “The Dying Swan” performance that went viral on YouTube. Since then he’s performed with artists from Wynton Marsalis to Madonna. Buck recently released a pair of shoes with Versace, has performances scheduled all across the globe, is a part of the President’s Committee on the Arts and the Humanities and is in the creation stages of his own Broadway show.

As a Turnaround Artist, Lil Buck will be working with the Cityview Community School of Innovation and French Immersion and Bethune School in Minneapolis, MN.

“As a graduate of a visual & performing arts school, I really appreciate what Turnaround Arts do for kids that don’t get a chance to have arts in their lifestyle. It was very vital that art was involved in my education as a student. I felt comfortable in an environment that I could be myself in and become more confident in making my dreams a reality. It happened for me, and it’s an honor to be a part of making it happen for our youth.”