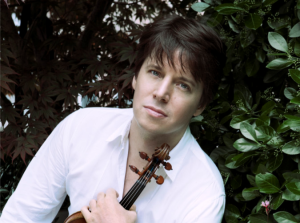 With a career spanning over 30 years as a soloist, chamber musician, recording artist, and conductor, Joshua Bell is one of the most celebrated violinists of his era. A Sony Classical artist, Bell has recorded more than 40 CDs garnering Grammy, Mercury, Gramophone and Echo Klassik awards since first recording at age 18 for Decca. Named the Music Director of the Academy of St Martin in the Fields in 2011, Bell is the only person to hold this post since Sir Neville Marriner formed the orchestra in 1958. Bell has collaborated with many artists outside the classical arena and performed on television shows including the Grammy Awards, numerous Live from Lincoln Center specials and on movie soundtracks including the Oscar winning film, The Red Violin. Bell received his first violin at age four and at 14 performed with Riccardo Muti and the Philadelphia Orchestra, followed by his Carnegie Hall debut at 17. Perhaps the event that most transformed his reputation from ‘musician’s musician’ to ‘household name’ was his incognito performance in a Washington, DC subway station in 2007 for a Washington Post article which thoughtfully examined art and context. The cover story earned writer Gene Weingarten a Pulitzer Prize and sparked an international firestorm of discussion which continues to this day.

As a Turnaround Artist, Mr. Bell will be working with Ebbets Field Middle School in New York City. 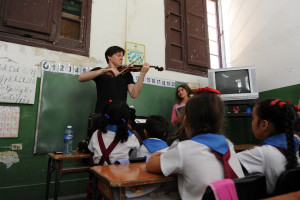