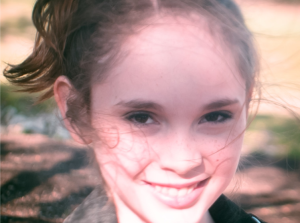 Autumn de Forest is an extremely prolific and well known painter who, at the remarkable age of 5, began building what would eventually become an incredible body of work. Autumn’s exhibitions have defined her as one of the most accomplished and recognized artistic prodigies of our time. Her original masterpieces have sold for tens of thousands of dollars, and have been acquired by major art collectors. As an artist, speaker and philanthropist, Autumn has always insisted upon supporting charitable and humanitarian efforts.

Long before Autumn ever sold a painting in excess of $1,000 she was contributing thousands of dollars to charities in her area that were assisting under- served communities and intellectually challenged children. Dr. Joanne Ruthsatz of The Ohio State University, the county’s leading researcher on child prodigies says, “Autumn is an advanced artistic prodigy – the emotional connection to her work is unheard of for an artist as young as she is.” In the past few years she has focused on Autumn, and featured her in her recently published book, The Prodigy’s Cousin, Penguin Publishing Group, 2016. Autumn’s charitable commitments have included silent charity auctions, The Red Cross, Sandy Relief Fund, Habitat for Humanity, among many others. In addition, Autumn has created public art installations celebrating the re-building efforts of the New Jersey Shore. Autumn’s passion for learning through the arts led to an invitation to speak at Harvard University on the importance of keeping arts in schools. Autumn had the honor of having been the youngest artist ever featured at the National Art Education Association’s annual convention, where she appeared alongside art legends such as Peter Max and Chuck Close.

In November of 2015, Autumn traveled to the Vatican, where she was honored with a private audience with Pope Francis, and received the prestigious International Vatican Guiseppe Sciacca Award in Art and Culture. The award and its nominations are granted to those outstanding young individuals under 35 who have shown extraordinary talent in the fields of knowledge and art, and who have shown themselves to be exemplary role models to their community and “a genuine moral and educational example in society’s development”. Autumn’s work is exhibited throughout the world, and hangs next to Picasso, Miro, and Chagall, Peter Max and Salvador Dali. Currently, Autumn is the youngest artist in history to have a solo-exhibition at a major museum. The Butler Institute of American Art in Youngstown, Ohio was established in 1919, and has the distinction of being the first museum to feature American artwork. Autumn’s solo exhibition “The Journey Continues” hangs through September 18th, 2016.

As a Turnaround Artist, Autumn will be working with Hallen School in Bridgeport, CT.

“Ever since I began my painting journey when I was five years old, I knew I wanted to change the world for the better with my art. I also knew that if I wanted to change the world, it would not just be about expressing my own creativity, but about helping others to understand the power of their creativity too. When I enter a classroom at a Turnaround Arts school, there are kids younger than me, and sometimes even kids older than me. Creating lightbulb moments by proving to them how creative they are, and how powerful that can be, often leads to lots of laughter, hugs and tears of joy. I believe I’ve been able to express ideas to kids that they may not have heard if they had been coming from adults. I love Turnaround Arts, and I am so grateful for the privilege they have provided for me to reach out to thousands of kids who are not as fortunate to have the resources, and supplies that I do. I will forever be thankful to Turnaround Arts for being the greatest partner to work with to change the world for the better. Together.” 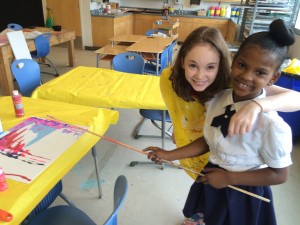 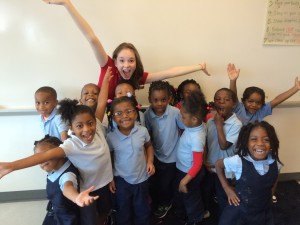 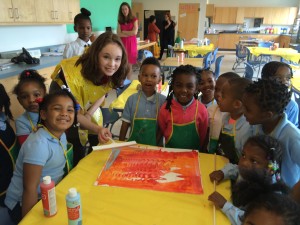