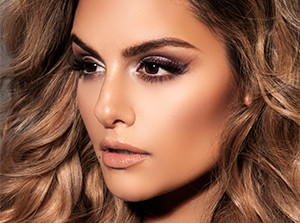 Pia Toscano made a name for herself as a vocalist with a rich, emotionally transparent voice, clearly influenced by the likes of Mariah Carey, Whitney Houston, Celine Dion, & Etta James. Performing since the age of four, Toscano was widely considered one of American Idol’s Season 10 frontrunners thanks to her powerhouse vocal ability and undeniable beauty. Her elimination was known as one of the most shocking in American Idol History, but that didn’t stop her momentum. Toscano toured with American Idol’s Live, Jennifer Lopez & has performed on The Ellen Show, The Tonight Show, Live with Regis & Kelly, Good Morning America & much more; Toscano is currently performing alongside Jennifer Lopez in her Vegas Residency, All I Have.

Toscano has also recently released two new hot singles, the powerful ballad,“You’ll Be King”, which demonstrate her vocal range and vulnerability, and “PyRo”, a sexy and electrifying pop dance track.