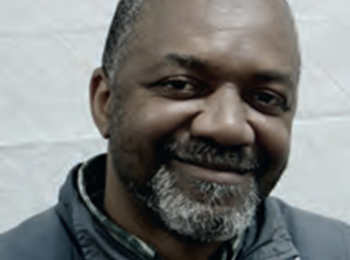 Kerry James Marshall is an independent artist with solo and group exhibitions, public projects, and public collections displayed in museums around the United States, including the National Gallery of Art. He works across a broad range of media, including painting, photography, video, sculpture, performance, and installations.

Mr. Marshall was a tenured professor at the School of Art and Design at the University of Illinois at Chicago until 2006. He worked as production designer for the feature films “Daughters of the Dust” and “Sankofa.” In 1997, he received a MacArthur Fellowship from the John D. and Catherine T. MacArthur Foundation. He is a board member of the advisory board of the Atlantic Center for the Arts and the Tiffany Foundation, and previously served on the advisory board of the Artadia Foundation. Mr. Marshall received a BFA from the Otis Arts Institute.

He was appointed by President Obama to the President’s Committee on the Arts and the Humanities in 2013, and he has adopted Herzl School of Excellence in his home city, Chicago, IL. He has visited the school to work with students, meet with school officials, visit classes, give out advice and art tips, and speak directly to students about the importance of education and how he first became interested in art. 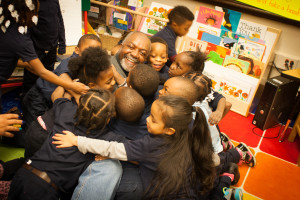 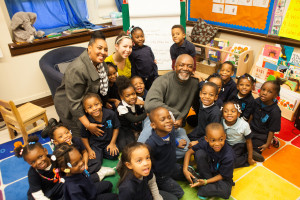 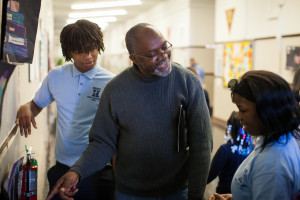