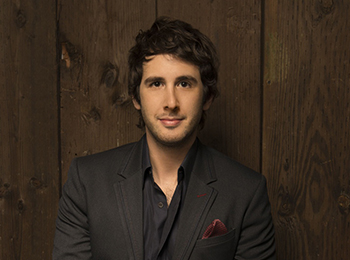 Possessing one of the most outstanding and instantly recognizable voices in music, singer, songwriter and actor Josh Groban has entertained fans across the globe with his multi-platinum albums and DVDs—with worldwide sales of 25 million, electrifying live performances and comedic film and television appearances. The Los Angeles native is the only artist who has had two albums appear on the Top 20 Best-Selling Albums list of the past decade, according to Billboard. He has appeared in the feature film Crazy, Stupid, Love, as well as on NBC’s The Office and CBS’ The Crazy Ones, and in 2011 completed a sold-out world tour. _

Mr. Groban recently released his sixth studio album entitled ‘All That Echoes’ which debuted at No. 1 on the Billboard Top 200 chart. In October of 2013, Mr. Groban kicked off the North American leg of his “In The Round” tour, which brings the intimate feel of a theater to an arena setting with its one-of-a-kind, 360-degree, interactive concert experience. The tour is Mr. Groban’s best-reviewed one to date. An active arts education philanthropist and advocate, Mr. Groban is a member of Americans for the Arts’ Artists Committee, and his Find Your Light Foundation helps enrich the lives of young people through arts, education and cultural awareness.

Having grown up with an arts upbringing, Mr. Groban is passionate about arts education and exposing students to the arts. His adopted school is Chalmers School of Excellence in Chicago, IL. His most recent visit to the school included classroom visits, talking with students and working with them on arts integrated projects and performances.

“Having the ability to act and sing within a school environment changed the way I learned and made friends. I’m thrilled to join Turnaround Arts in making access to the arts a reality for kids across America – regardless of where they live or what their circumstances are.” 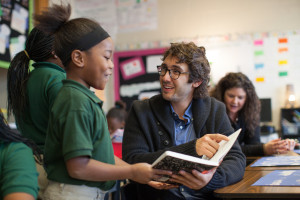 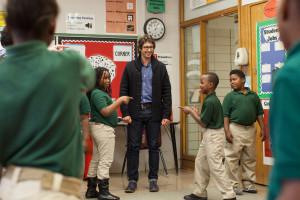 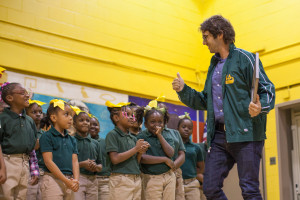