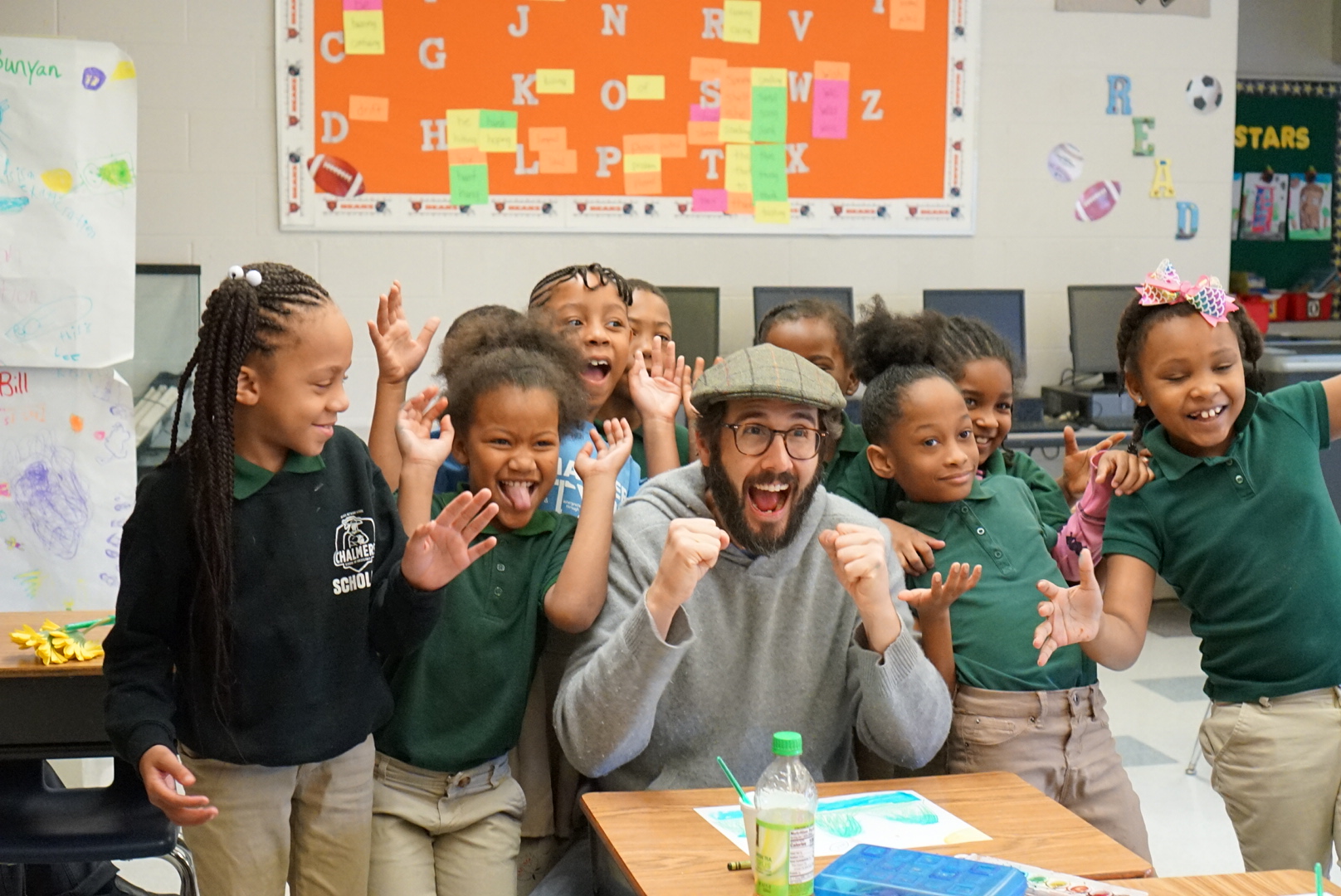 Turnaround Arts: Chicago, based out of our incredible local program partner AUSL (Academy for Urban School Leadership), has had an impactful school year so far. It began with a special visit from the Kennedy Center’s National Committee on the Performing Arts, soon followed by uplifting visits from Turnaround Artists David Girabaldi, Keb’ Mo’ and Josh Groban, as well as Empire’s Ta’Rhonda Jones. This year, all four Turnaround Arts schools in Chicago are participating in artist residencies, professional development trainings, and strategic community arts partnerships to fill arts education gaps. These schools are thriving with access to national resources from Soundtrap, Flocabulary and Music Theatre International, and one of the many additional resources provided by Chicago’s Turnaround Arts team is supporting an arts residency by Barrel of Monkeys. Barrel of Monkeys is a well-respected ensemble of drama and theater endorsed educators in Chicago who create an alternative learning environment where children can share their personal voices and celebrate the power of their imaginations.

All Turnaround Arts Chicago schools: Chalmers School of Excellence, Dvorak School of Excellence, Johnson School of Excellence and Herzl School of Excellence are in an active status; three schools are in the fifth year of implementation and one is in the fourth year of implementation.  Turnaround Arts Chicago’s backbone organization is the Academy for Urban School Leadership. There are great benefits to being a part of this network, one is the many arts enriching experiences that are offered to students through our partnerships with Auditorium Theatre of Roosevelt University, Goodman Theatre, and Chicago Symphony Orchestra. The elementary schools within the network are taught from the same curriculum, this allows our Turnaround Arts schools the opportunity to cross-collaborate arts integration strategies that connect to the goals for each schools’ continuous improvement work plans and strategic arts plans.